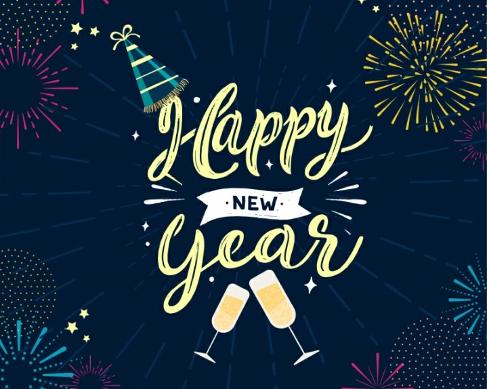 A. What happened to Number 12 High Street?

B. When did the Warrender family acquire the Baillie Mansion and Lochend Lands?

C. Which ballroom, in our town’s High St., was popular in the 2nd quarter of the 20thC?

D. Where, historically, was Redbath?

E. Who was the original owner of Ashfield House?

A. What Close on Dunbar High St. in the 19thC. was referred to as Prison Close?

a) Formerly called Slaughterhouse it ran through the passage at the Town House.

a) David Liddle fae Dunse via Redheugh and Elizabeth Hamilton from Carnwath.

D. Where was the first person interred in Deer Park Cemetery?

a) Alexander S Hume, a former blacksmith, was interred in Lair 183 (3.1.1) on 19/3/53. He actually died on 13/3 and worked at Beltonford alongside colleague Mason and apprentice Aitchison.

E. Who was the 1st pastor/clergyman at the original* First Secessionist Meeting House on the High St?

A. What was the name of the harbour hostelry managed by John McMichan?

a) The Old Ship Inn, in the early 1900s. He succeeded the likes of Huntly and the long-serving Ramage but preceded Terry and Duncan McFarlane. Mairn Lumsden bought the 3 or 4 wee hooses by 1922/23 and let aforementioned as apartments for the best part of half-a-century 'til just before her death in March 1971.

B. When was the Ebenezer Erskine Church instituted in Dunbar?

a) 1814. Its first minister was Alexander Jack who ministered to them for over half-a-century; he passed on 4th of August 1868.

C. Which two semi-detached dwellings off the Middle Road ex-cart-track, now East Links and formerly East Links Park, are on the site of what was from 1810 the 2nd United Secession/Associated Congregation Church, which later became Dunbar Evangelistic Mission?

a) Marine and Logan Views (now Dunollie). The Meeting House's manse was the now St. Ronans.

D. Who was our most renowned "witch" and was a denizen of the late 17thC Ruchlaw Close in the east of Dunbar?

a) A heiland lassie and weaver’s widow named Catherine McTaggart (or McTarget), reputedly executed in 1688.

E. Why was the above tried under The Witchcraft Act of 1563 with 46 people testifying against her?

a) Numerous incidents involving her occurred between the late-1650s and the mid-1680s in her Ruchlaw yaird, between what became Lamer and Shore Street in 1658, and mony mair elsewhere! For further information please use the link below:

A. What is the link between a recently transferred Hibs forward and Lamer Street's "Jersey Arms"?

a) Australian born Martin Boyle who was transferred for £3 million to the Saudi's Al-Faisaly football club on 21/2/22. He is the son of Graeme who was born when parents Betty and Chick moved to Australia. Chick was lost at sea (North) after "falling" from an oil rig crane. Betty, elder daughter, of Jimmy Smith and Buckie Jean, subsequently owned The Jersey. Post relegation of the Saudi team, and Martin having a view that his Australian selection may be in jeopardy, he has returned to his ancestral hame to join The Hibees.

B. Where is the oldest gravestone (excluding flat-stones) in our Parish Kirkyard?

a) A "divided" stone dated 1604 in memory of Andrew Pringle, located at Lair A215. (Please see plat and photographs below). These stones are 2 or 3 places to the right of Janet Kennedy's triple Lair number A214 and left of Kelly’s (banker) memorial at A217. Simpson’s family ground is located on Lair A196 between the two stones but to their rear (west).


Footnote - Also lost in the mists of time (or to Boorhoose Quarry) was a "bifurcated" calvary cross-style memorial dated 1604, its two members each approx 6 ¼’ long planted within yards of one and the other. The portion nearer to the Kirk door had a cross-member near its base and the only inscription thereon was the date as above. The above two "memorials" were included in the late John McNie's Kirkyaird tours.

C. Which four closes were successive to Browns ex-Thomsons, moving up towards Seaport?

D. Who said "Sure we must have landed on a foreign shore"?

a) One of Thomson trio, Shie, Shaw or Traiveller when coming ashore in a mist on Bayswell Beach in the early 1900s espying Sirdar Reginald Wingate’s "Nubian" servants. 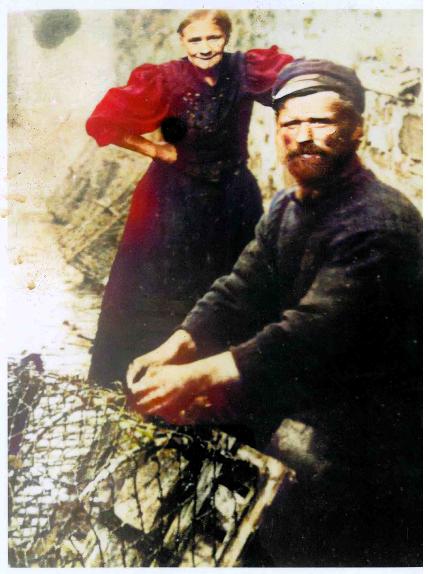 A. What was atop the lady above's mantle shelf at her Colvin Street hame?

a) A nugget of gold.

B. Which family brought the above "True Blue" Annie Johnstone, nee Gilroy, up?

a) The Robertsons i.e. Peter and Mary.

D. When did the Golan/Gullane/Gullen family uproot themselves from North Berwick and move here?

a) During the second decade of the 19th Century.

E. Where did Shaw, Traiveller and Shie - all Thomson brothers and successive children - bide?

A. What is the name of the rare plant fossil, of Carboniferous era, found near here?

a) Lepidodendron Veltheimianum, a fossil tree, was unearthed on Dunbar's Rabbit Warren.

B. What is the connection between the song above and our Dunbar of the 60s?

a) The "Town" involved is Dublin the no mean city of Lynott’s* childhood where his "bronze" is located and his mother was born. This song was co-composed in 1982 by Lynott and Dunbar's own Jimmy Bain who spent his teens here in the ‘60s, at the foot of Silver Street, so the lyrics probably hold some redolence to/of the Breezy Burgh, which one might sense. Oddly enough they were both instrumental in having children adopted.

*Taking his mother's surname, he was actually born at Hallam Hospital, West Bromwich, however, they moved to Dublin where he spent quite a deal of his life. His statue is outside his favourite watering-hole in the Irish capital.

C. Where did the Dunbar line of the Runciman family stem from?

a) Not, surprisingly, from Earlston as some genealogists have suggested but from Crail. Nevertheless, oor Custom House Square-born and Skateraw's ain coxswain, Walter Runciman Fairbairn, was actually born plain Walter and his middle name was something of an affectation from his distaff side to differentiate between the large numbers of Fairbairns here in Dunbar, Cove and elsewhere. His mum was possibly a 4th cousin twice removed of Rock Hoose born Walter Runciman who became quite famous in maritime circles and worldwide. Walter's parents stayed on Patterson Terrace on one of the two tenements before flitting down to The Shore to what became "The Heart of Dunbar" - Custom House Square.

D. Which Dunbar hostelries were owned/managed by the Black family pre-to-post Victoriana?

E. Who was the 1st Captain of Dunbar Rugby Football Club's 1st XV?

a) In those dark and distant days of the 1920s, when games were played at Slaughterhouse Field and Drysdale's Paddock, J B Lees was the club's 1st Captain for 1923 and J M Henderson followed a year later.

A. What was the name of the vessel stranded and indeed wrecked at Lunciwick on 1st November 1905?

a) The Cydum, a 100-ton schooner, was on a voyage from Southampton to Dysart, loaded with ballast, when she ran aground on the Lunciwick, near Dunbar at Thorntonloch, N55o 57.750” W002o 23.000”, as did the Youn/Ydan a Danish Sailing Ship coincidentally!

B. When were the following two “modernising” developments effected/enacted?

ii) The Foresters Arms, which was 2 Colvin Street?

a) Both are closely located to each other and propinquous to Torness. Devil’s Ark rock is one of several places thought to be the "resting place" of the ship “HMS Nymphe” which foundered on 18/12/1810. The Devil’s Ark location is not exactly known but may be a skelly of rocks which "guard" the sandy landing reach by Skateraw, possible co-ordinates are:- N 55° 58.590” W 002° 24.162”. HMS Nymphe’s sister ship HMS Pallas foundered on the same night on Dunbar’s Mid-Links Sicar, off the Vowt, and her anchor, seamen would venture to suggest, is visible in the Vowt Harbour.

D. Which, not so dry now, stream is nearest to the three pigs?

a) The Dryburn - oor pairish's limit - disgorges near the slightly more North-westerly of the trio's dubs.

E. Who bought the tenement from "The Wesleyans", on which the Castle ex-Commercial Inn is?

A. What number of coins were found on our streets paved with silver?

a) A hoard of 290 silver coins, from the period 1558 - 1603, were discovered during September 1773 when laying out a street which was subsequently and appropriately named Silver Street. [Grid reference NT679789]

B. Where was the Officer Cadet Club?

a) Also known as the Cosmo, it was located in the basement of the Beach House Hotel and one went down the steps to right of the now demolished Heatherly House and through the door on the right-hand side, at the bottom.


C. Which street was Heatherly House built on?

a) At the foot of Silver Street and the same address described "The Beach House" as well as the tenement which became "The Foresters Arms".


D. Who were the first owners of the above hostelry, formerly Belhaven Brewery-owned?

a) Elaine Mary and R Collin Knox in 1977 and they succeeded tenants J&D Taylor.

E. Whose soubriquet was Three Lums?

A. What is the significance of the PGA European Tour badge above?

a) It was David Robertson's who was banned for many years in 1985.

B. When did the Huntly's sailship, "The Golightly", with a crew of thirteen, go down on its way to the mussel beds at  Tyne Water to get bait?

C. Which members of the Huntly family perished in the disaster above?


D. Where was the town's Post Service before it was based at the Lorne Hotel?

a) Where else but Post Office Close or nearby; this Close ran down S by E, by the RNLI shop.

E. Who, born at Shore St. in 1928 and referred to as "Bert", was mentioned in despatches for gallantry in Korea and Malaya?