Anthony Dickson Home was born on 30th November 1826 in Dunbar, East Lothian, son of George Home, a cordwainer (shoemaker). In his early years he lived in Berwickshire and Selkirk before commencing his medical training at St. Andrews where he obtained his M.D. in 1847. He then spent a further year’s study, including at Paris, before he qualified M.R.C.S. in England, in 1848. Home entered the army as an Assistant Surgeon, 3rd West India Regiment on 17 March 1848.

Soon after, he left with three of his contemporaries, for the West Indies, ‘a station regarded as – barring the West Coast of Africa – the worst to which an aspirant in the Army Medical Service could be sent’. Twenty eight days later Home arrived in Barbados. He only served with the West India Regiment for nine months and then transferred to 72nd Foot, sailing to Nova Scotia in July 1851, where he only served for a month before returning to England. His duties in England lasted until January 1853 when he proceeded to Gibraltar for eighteen months as a Staff Surgeon, followed by an appointment as a Surgeon to the 8th Dragoons, when he accompanied the regiment to the Crimea. Home returned to England in May 1856 for a year before accompanying the 90th Regiment to India.

In 1857 the 90th Regiment of Foot were stationed at Anglesea Barracks, Portsmouth but their stay was to be short lived when the regiment received orders that they would proceed to India in June. The departure was brought forward to April but the destination changed to China. The medical staff accompanying the regiment consisted of Surgeon AD Home and Assistant Surgeons W Bradshaw and CR Nelson. When the ships stopped at Cape de Verde Islands en route they were met with the news that the destination would after all be India and that they were to proceed with all speed to Calcutta, where they arrived in late July.

On their arrival at Calcutta the regiment immediately proceeded up the river Ganges by steamer encountering the mutineers at various locations. On their return down river Cholera broke out and one of those who died was Assistant Surgeon Nelson. In August the 90th was ordered to join General Havelock’s force attempting to relieve Lucknow and by 1st September were at Allahabad and then Cawnpore on 15th September but not before sickness had, once again, taken its toll of the regiment. At Cawnpore they joined the 2nd Brigade, alongside the 78th and continued their advance upon Lucknow, finding themselves before it on 22nd September. The relief commenced three days later, reaching the Residency on 27th September but not before an attempt was made on the 26th September to remove the wounded out of the area around Mootee Munzil Palace and into the Residency. To assist the party they employed a local guide and dhoolies (covered stretchers) and were escorted by 150 men of the 5th Fusiliers. Accompanying the wounded was Surgeon Anthony Dickson Home, assisted by Assistant Surgeon William Bradshaw.

The attempt to remove the wounded has been described as ‘calamitous’ but for their part in the affair both doctors would subsequently be awarded the Victoria Cross. Home was informed by Colonel Campbell of the 90th that there would be two patches of dangerous ground the party would have to negotiate, the second one 300 yards wide, close to the end of the route. Immediately the party set off and left cover it came under fire and had to reform the dhoolies before setting off again, preceded by the 5th Fusiliers under Major Simmonds. Shortly after, whilst crossing a nullah (a brick-lined drainage ditch), enemy grape shot killed and wounded several dhooly bearers and re-wounded some of the patients being carried. It was in this confusion that the guide took a wrong turn and led the party into a square where they were subjected to a heavy fire.

Home gave his own account of the action in Records of the 90th Regiment: ‘Here our men fell thickly and all the dhoolies were deserted’. Some of the dhoolies did manage to reach safety.

William Bradshaw was sent back with Mr Hurst, an Apothecary, to the rear of the column and after managing to round up some of the dhooly bearers succeeded in getting the wounded away from the area and along the river to the Residency, Bradshaw being wounded in the process (Figure 1). 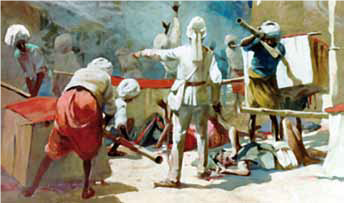 Figure 1: William Bradshaw rescuing the wounded
By now the remaining dhoolies, with their wounded still in them, were scattered about the street and square with the bearers sheltering from the fire. The mutineers now began to make their entry into the square, so, fearing for the safety of the wounded left in the dhoolies, Home rushed out into the open and with the help of some of the escort dragged the wounded into a doorway (Figure 2). It was to this doorway that the mutineers now turned their attention. Using whatever they could find in the building and also using the bodies of dead mutineers, Home’s party erected a barricade against the increasing fire. Further attempts were made to bring in the wounded from the dhoolies, in many cases resulting in wounds to the rescuers and further wounds to the rescued. When not treating the wounded Home found himself firing his revolver through a nearby window.
Eventually the mutineers were on the roof with the intention of setting it alight and burning out the party below. Those able, rushed to another building but again the mutineers followed and began burning the roof. With night now upon them the party suffered little sleep, desperate for water and constantly alert to firing going on in their vicinity. Finally, at daybreak the party were relieved and led to safety. 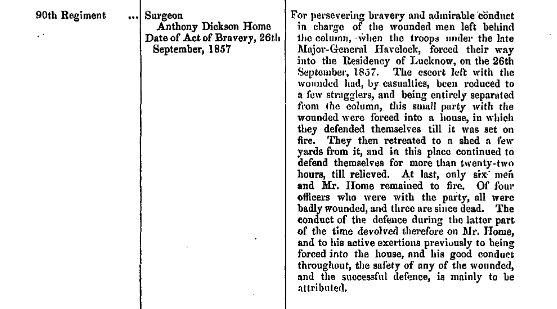 Anthony Dickson Home and William Bradshaw were awarded Victoria Crosses for their bravery. The notification appeared in the London Gazette dated 18 June 1858:

“For persevering bravery and admirable conduct in charge of the wounded men left behind the column, when the troops under the late Major General Havelock forced their way into the Residency of Lucknow, on the 26th September 1857. The escort left with the wounded had, by casualties, been reduced to a few stragglers, and being entirely separated from the column, this small party with the wounded were forced into a house, in which they defended themselves till it was set on fire. They then retreated to a shed a few yards from it, and in this place continued to defend themselves for more than twenty-two hours, till relieved. At last, only six men and Mr Home remained to fire. Of four officers who were with the party, all were badly wounded, and three are since dead. The conduct of the defence during the latter part of the time devolved therefore on Mr Home, and to his active exertions previously to being forced into the house, and his good conduct throughout, the safety of any of the wounded, and the successful defence, is mainly to be attributed.”

On 4 June 1858 he is recorded as being at home, sick and was granted leave but during this time married Jessy Elizabeth Hallett and together they would have two sons and six daughters.

Queen Victoria presented the Victoria Cross to both doctors on 8 June 1859 at Buckingham Palace. Both medal groups are on display in the Army Medical Services Museum in Aldershot (Figure 3).

As a Staff Surgeon 2nd Class, Home proceeded to China for eighteen months in December 1859 and then back to England in April 1861 for a further nine months followed by a return posting to the North American continent for just over a year. During the next twenty four years he would serve    in New Zealand, India, the West Coast of Africa, Cyprus and Spain, interspersed with various spells in England during which time he rose to the rank of Deputy Surgeon General. During the expedition against the Ashanti he was Principal Medical Officer and was mentioned in the despatch of Sir Garnet Wolseley:

“The medical arrangements for the war were made by Deputy Surgeon General Home VC, CB. I have in a previous despatch recorded my high appreciation of the ability and energy with which he carried out his duty up to the date of his being invalided, and of the efficient manner in which he prepared for the medical requirements of the troops in the advance upon Coommassie”. 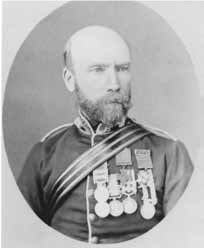 Figure 4: Anthony Dickson Home in later life
In March 1874 the London Gazette announced the award of the Knight Commander of the Bath, having previously been appointed a Companion of the Order in July 1865 and in 1880 he was appointed as Surgeon General, a position he held for six years. From 1881 to 1885 he was Principal Medical Officer, India. He returned from Bengal on 23 April 1885 to take up the post of Principal Medical Officer, Southern Command in England and finally retired from the Army Medical Department on 30 November 1886 (Figure 4). During his retirement he worked on recording his military career and this was published as ‘Service Memories’ in 1912. Arthur Conan Doyle worked with him a few times and stated that, "...he seemed a most disagreeable old man...and yet when I married shortly afterwards he sent me a most charming message wishing me good fortune...". He died at 7 Palace Gardens Terrace, London on 10th of August 1914, aged 87.